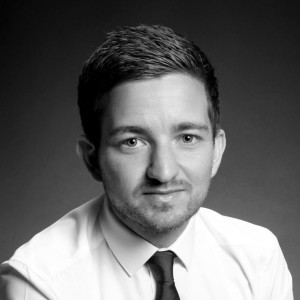 Why it’s Important to Rise Above the Fear of Failure

Even the very best have failed, multiple times. That goes for top business people, sportspeople, actors and television personalities.

We tend to think so negatively about trying something and then failing.

Sometimes what might be considered a failure is actually a gift. When you look back on it, you realise that your life or career would not have progressed in the same way without that setback.

Sometimes a failure or setback actually allows you to rise to new levels long term in your life or career.

No striker in football scores with every shot they take. No cricketer scores a hundred in every innings. No basketball player makes every shot. No golfer wins every tournament they enter. Even the very best.

I’ve missed more than 9000 shots in my career. I’ve lost almost 300 games. 26 times I’ve been trusted to take the game winning shot and failed. I’ve failed over and over and over again in my life. And that is why I succeed.

The question to ask yourself is, what are you fearing so much about failure?

Do you fear the pressure that comes with being seen as special, renowned or great in your field or in life in general?

Would you rather live a quiet life out of the spotlight where no one can judge you or criticise you?

Do you fear the consequences of taking a risk, even though you would like things to change in your life?

Over the weekend, cricket fans witnessed one of the great innings of all time as Ben Stokes single-handedly kept England in the Ashes series against Australia with a remarkable display of hitting against the odds with the team on the brink of defeat. Stokes is known as a fierce competitor and also an incredibly dedicated trainer. He trains harder than almost anyone to ensure he is always on top of his game.

Just 3 years ago, Stokes was entrusted with bowling the final over of the World T20 Final against the West Indies. It seemed England were heading for an almost certain victory with the West Indies needing to score 19 off the last over to win. Stokes was hit for 4 sixes in the over and sank to his knees as the West Indies celebrated their remarkable victory in front of him. He felt devastated, feeling he had let his team-mates and his country down.

In light of his achievements this weekend, it seems Stokes has used that moment to inspire him to far greater heights. He didn’t allow that failure to define him. Given that he also inspired England to victory in the World Cup Final in July, I imagine he is now very happy with the way things have worked out.

Whatever happens, you can always come back and rise again from any situation resulting from a brave decision you take. The worst case scenario is almost never as bad as you may have been fearing.

Many of the clients that I see for mind coaching and hypnotherapy sessions in Manchester have had issues dealing with a fear of failure to some degree. This can be particularly pronounced in people with perfectionist tendencies.

This is often easily addressed in a one to one session, and once you move beyond the fear, it’s amazing how many more opportunities suddenly open themselves up to you.

One thing’s for sure, in the words of the great Wayne Gretzky, “you miss 100% of the shots you never take”.

You will receive the latest blog posts and information, straight to your inbox

Anxiety- What you Need to Know

How Visualisation With Strong Emotion Can Help You Transform Your Life

Why it’s Important to Rise Above the Fear of Failure

Is the Emotional Pain you Feel Greater Than the Sense of Purpose in your Life?

With my one to one hypnotherapy and coaching clients in Manchester and on Skype, I’m virtually always focused on helping them to release pain and

The majority of people that you speak to would tell you that their life could be improved in some way. Yet many people who want

How Visualisation With Strong Emotion Can Help You Transform Your Life

Visualisation alone is not nearly as effective as visualisation with a STRONG EMOTION– it’s so important to ‘feel it from the end’. Some people say

How the culture of “whats next?” is driving the anxiety epidemic

People today are living life at a faster pace than ever before. ‘Instant’ has become not only an expectation, but a necessity for many people.

Anxiety- What you Need to Know

Anxiety is not meant to be a permanent state. If you or someone you know suffers from it, you will be all too aware of